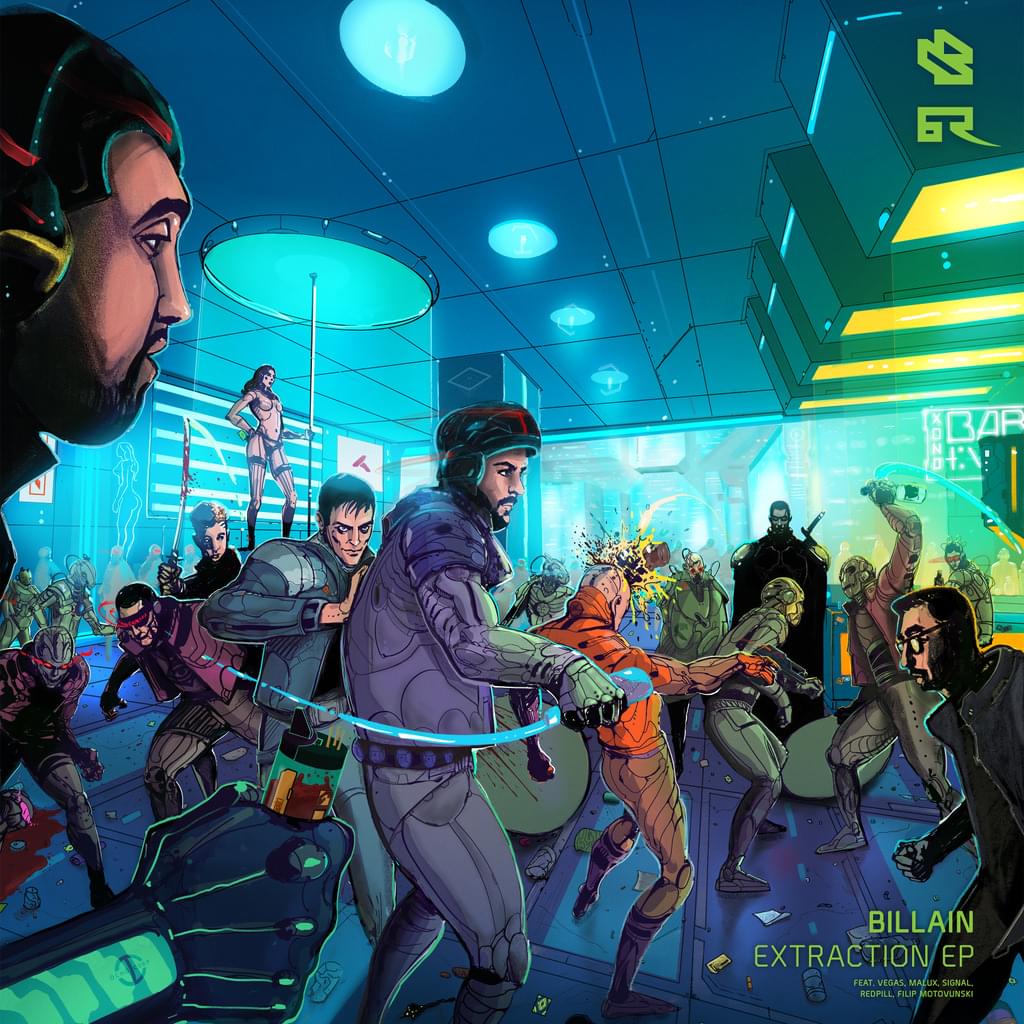 -After a long silence between the mysteries of his forthcoming album productions, an EP named "Extraction" has been formed. Set in the realm of his Blockfield, Colossus and Colonize releases, the EP is tied together by an ongoing sci-fi story which was written over many years in a nonlinear manner, and with each future release to be bound together, connecting into one.
- A narrative trailer by “Antireal Pictures” and “Crusader Arts” has been made to represent this universe, taking place on a cyberpunk-esque data smuggling mission with 5 other mysterious figures.
- This is Billain’s first collaborative EP with guests appearances from: Malux, Vegas BCUK, Signal, RedPill and Filip Motovunski.
- The full tracklist as well as artwork done by Billain’s long-term comic drawing cohort Enis ÄŒišiÄ‡ are about to be revealed and on full release 99th September :)
- Now represented by ”Bassic Agency” Billain continues to tour his powerhouse visual and DJ concept.

A few words from Billain on his forthcoming EP :

“After working on scores for Hollywood blockbusters, Pacific Rim 2, Hunter Killer, some future secret movie projects and the game Scorn, I get to understand that pursuing cinematic progress has been a blessing for my Neurofunk projects, something that has justified both my absence and existence in the music scene and stubbornness in the idea of hyper-production, so I can tell my stories.
I felt that this time I’d love to create a project with a couple of my dear friends I respect from the scene."