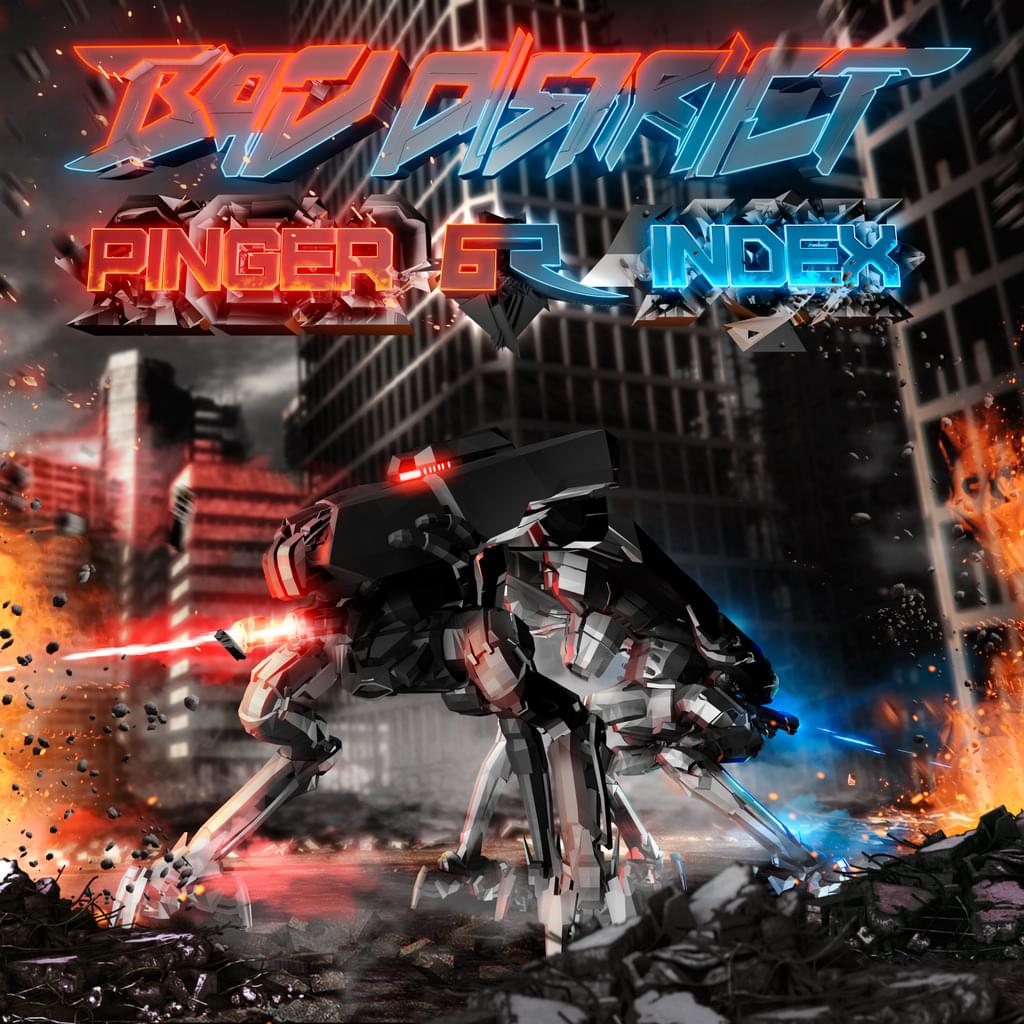 Bad District comprises of Andrew Markham & Stephen Facade who both first demonstrated their musical talent on the legendary Russian Neuropunk Podcast by DJ Bes from Gydra. Andrews first solo tune “Steampunk” was played on Neuropunk and led him to produce the “Pandorum EP” for TAM Records. After its release he started forming the Bad District project with Agnostectics & SVJ. They together produced a bootleg of Evol Intent ft. Blip : “Flipside” which started their neuro journey, and continued with the “Get Out EP” being released on Evol Intent Recordings. After this they joined the ranks of Bad Taste and released the massive “Blu EP”, with the support of Noisia, Neonlight, Ed Rush, Jade, Drumsound & Bassline Smith, State of Mind, A.M.C, Mind Vortex, Mindscape, Maztek and many others. Stephen joined Bad District after their collaboration on "Prey" from the first Bad District EP on Major League, which also saw huge support from DJ's & producers around world and was premiered by René LaVice on his BBC Radio 1 Drum & Bass Show. Some changes then happened to the original team and now Stephen and Andrew continue their path as a duo.You can hear the result of this collaboration from Bad District right here on Bad Taste….Welcome back!